Yoga shows some promise for treating anxiety, according to new research 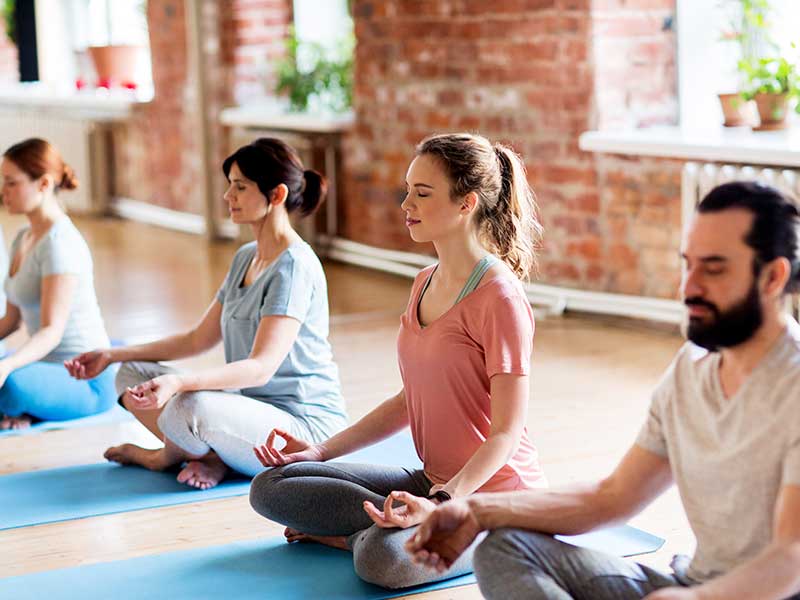 Generalized anxiety disorder (GAD) affects millions of people worldwide. Unfortunately, for a multitude of reasons including stigma, exclusion of mental health treatments from healthcare plans, misdiagnosis and misinformation, only about half of individuals actively seek care, and only one third in a clinical setting.

For these reasons, many individuals don’t have access to well-researched, fact-based treatments like Cognitive Behavioral Therapy (CBT), which remains one of the most effective methods of treating patients with anxiety. Alternative approaches with comparable efficacy are thus of great value. This was the goal of a team of researchers whose paper on the efficacy of yoga, as compared to CBT and stress education for the treatment of GAD, was recently published in JAMA Psychiatry.

Yoga is a popular and widely accepted and practiced activity that incorporates many elements known to reduced symptoms of anxiety, including physical exercise, breathing, meditation and mindfulness. It is thus a promising candidate for an alternative treatment regimen, but hasn’t been thoroughly researched in a controlled setting.

The study’s 158 participants, all of whom had been diagnosed with GAD, were divided into three groups based on treatment method: CBT, stress education, and Kundalini yoga. Subjects were then evaluated following a 6-week treatment course and again 6 months later.

The results of the study show promise for the use of yoga in reducing GAD symptoms, but not to the same degree as CBT. Stress education proved the least effective, with a 33% recovery rate, following by yoga at 54% and CBT at 70%. This effect was lost at the six-month evaluation, however, such that yoga was not significantly more effective than SE. It does suggestion, however, that yoga “may have some short-term anxiolytics effects for some individuals.”

“Generalized anxiety disorder is a very common condition, yet many are not willing or able to access evidence-based treatments,” says lead study author Naomi M. Simon, MD, a professor in the Department of Psychiatry at NYU Langone Health. “Our findings demonstrate that yoga, which is safe and widely available, can improve symptoms for some people with this disorder and could be a valuable tool in an overall treatment plan.”

Although there are some issues with generalizability, including the fact that yoga delivered in communities may differ from the present clinical setting and that there are a multitude of yoga variants besides Kundalini, the fact remains that yoga practice did provide some temporary and significant relief from anxiety symptoms for many individuals.

“Many people already seek complementary and alternative interventions, including yoga, to treat anxiety,” says Simon. “This study suggests that at least short-term there is significant value for people with generalized anxiety disorder to give yoga a try to see if it works for them. Yoga is well-tolerated, easily accessible, and has a number of health benefits.”

While clinical treatment and CBT remain the gold standard, they are not always accessible to individuals with GAD. Yoga can thus offer a preliminary or short-term solution until CBT can be implemented. A huge number of people suffer from GAD and may not seek or have access to clinical treatments. Papers like this which explore the efficacy of alternative approaches are thus of great value both scientifically and medically.

← A single exercise session can boost emotional reactivity to positive content among those with depressive symptoms Pandemic got you down? A little nature could help: Spending time in nature can help ease stressful feelings, researchers find →