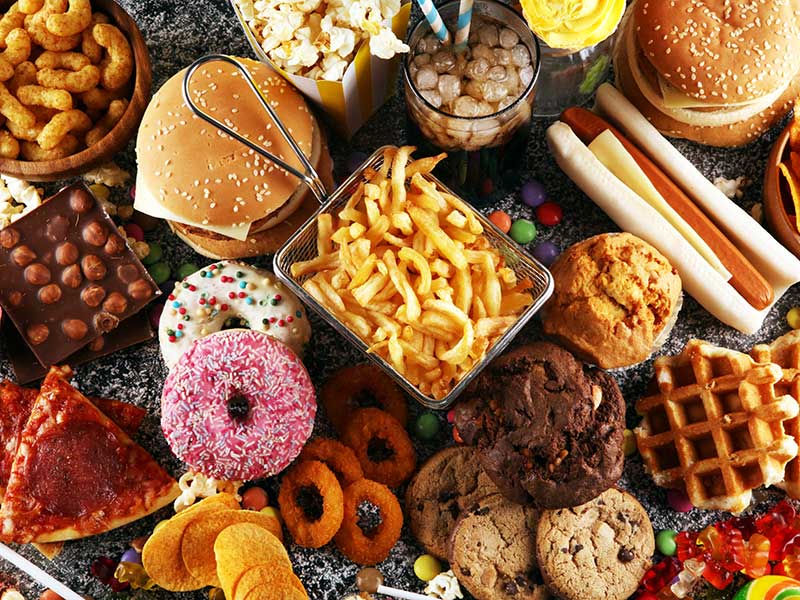 New research shows that adults who have low fruit and vegetable intakes have a higher likelihood of being diagnosed with an anxiety disorder. This finding helps to explain the discovery of an association or correlation between body composition and anxiety disorders.

Anxiety disorders include social anxiety; generalized anxiety in which a person feels anxious on most days, worrying about lots of different things, for a period of six months or more; some specific phobias; panic disorder; obsessive compulsive disorder (OCD); and post-traumatic stress disorder (PTSD).

Canadian researchers analyzed data from the Canadian Longitudinal Study on Aging and discovered that individuals who consume less than 3 sources of fruits and vegetables daily, presented at least at 24 percent higher odds of anxiety disorder diagnosis. The study was led by Dr. Karen Davison, a health science faculty member and nutrition informatics lab director at Kwantlen Polytechnic University (KPU), in British Columbia.

“This may also partly explain the findings associated with body composition measures. As levels of total body fat increased beyond 36 percent, the likelihood of anxiety disorder was increased by more than 70 percent,” said co-author Jose Mora-Almanza.

Gender also appears to play a role as one in nine women had an anxiety disorder compared to one in fifteen men.

“Our findings are in keeping with previous research which has also indicated that women are more vulnerable to anxiety disorders than men,” said co-author Dr. Karen Kobayashi, Professor in the Department of Sociology and a Research Affiliate at the Institute on Aging & Lifelong Health at the University of Victoria.

“We were not surprised to find that those in poverty had such a high prevalence of anxiety disorders; struggling to afford basics such as food and housing causes relentless stress and is inherently anxiety inducing,” says co-author Hongmei Tong, Assistant Professor of Social Work at MacEwan University in Edmonton.

“Chronic pain and multiple health conditions make life very unpredictable and can be anxiety producing. One never knows whether health problems will interfere with work or family responsibilities and many activities become more challenging and time consuming,” said co-author Shen (Lamson) Lin, a doctoral student at the University of Toronto.

Perhaps as a surprise, immigrants to Canada had a lower prevalence of anxiety disorders compared to their peers born in Canada (6.4 % vs. 9.3%).

“Immigrants may face a myriad of challenges associated with resettling in a new country, including language barriers, poverty, difficulties in getting qualifications recognized, and limited social support, so it seems counterintuitive that they should have a lower likelihood of anxiety disorders than those born in Canada.

“It may be that potential immigrants with anxiety disorders would find the challenges of relocation too anxiety-inducing and would therefore not choose to immigrate, so there is a ‘self-selection’ for those with lower anxiety,” said senior author Dr. Esme Fuller-Thomson, a professor at FIFSW and director of the Institute for Life Course & Aging.

The longitudinal study on aging included 26,991 men and women between the ages of 45 and 85. Findings appear in the International Journal of Environmental Research and Public Health.

Researchers note that an important limitation of the study was that the assessment of anxiety disorders was based upon self-reporting of a medical diagnosis.

To adjust for this, authors conducted multivariate analyses taking into account the use of a family physician in the past year to address the possibility of under-reporting of anxiety disorders among those who rarely visited health professionals.

This adjustment was not found to substantially change the associations discussed above.

“It is estimated that 10 percent of the global population will suffer from anxiety disorders which are a leading cause of disability,” said Davison.

“Our findings suggest that comprehensive approaches that target health behaviors, including diet, as well as social factors, such as economic status, may help to minimize the burden of anxiety disorders among middle-aged and older adults, including immigrants.”

← Rare sleep disorder common among veterans with PTSD How does the brain link events to form a memory? →