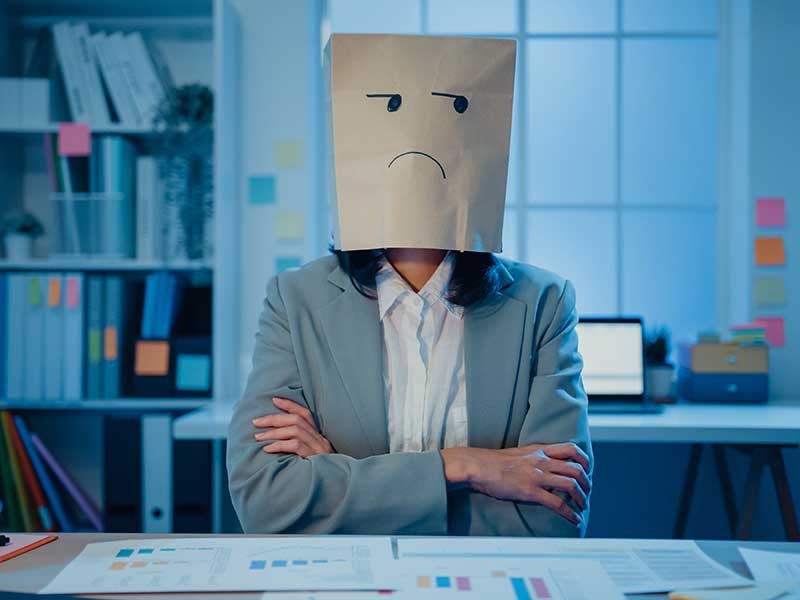 How the amygdala responds to viewing negative and subsequent neutral stimuli may impact our daily mood, according to new research published in Journal of Neuroscience.

The amygdala evaluates the environment to find potential threats. If a threat does appear, the amygdala can stay active and respond to new stimuli like they are threatening too.

This is helpful when you are in a dangerous situation, but less so when spilling your coffee in the morning keeps you on edge for the rest of the day.

In a recent study, Puccetti et al. examined data collected from the “Midlife in the US” longitudinal study. Participants completed a psychological wellbeing assessment and eight daily telephone interviews to assess their mood. They also came into the lab for an fMRI task: they viewed negative, positive, and neutral images with a picture of a neutral facial expression in between each image.

Neural dynamics in response to affective stimuli are linked to momentary emotional experiences. The amygdala, in particular, is involved in subjective emotional experience and assigning value to neutral stimuli. Because amygdala activity persistence following aversive events varies across individuals, some may more readily evaluate subsequent neutral stimuli than others. This may lead to more frequent and long-lasting momentary emotional experiences, which may also be linked to self-evaluative measures of psychological well-being (PWB). Despite extant links between daily affect and PWB, few studies have directly explored the links between amygdala persistence, daily affective experience, and PWB.

To that end, we examined data from 52 human adults (67% female) in the Midlife in the United States (MIDUS) study who completed measures of PWB, daily affect, and functional MRI (fMRI). During fMRI, participants viewed affective images followed by a neutral facial expression, permitting quantification of individual differences in the similarity of amygdala representations of affective stimuli and neutral facial expressions that follow.

At the intersection of affective neuroscience and psychology, researchers have aimed to understand how individual differences in the neural processing of affective events map onto to real-world emotional experiences and evaluations of well-being.