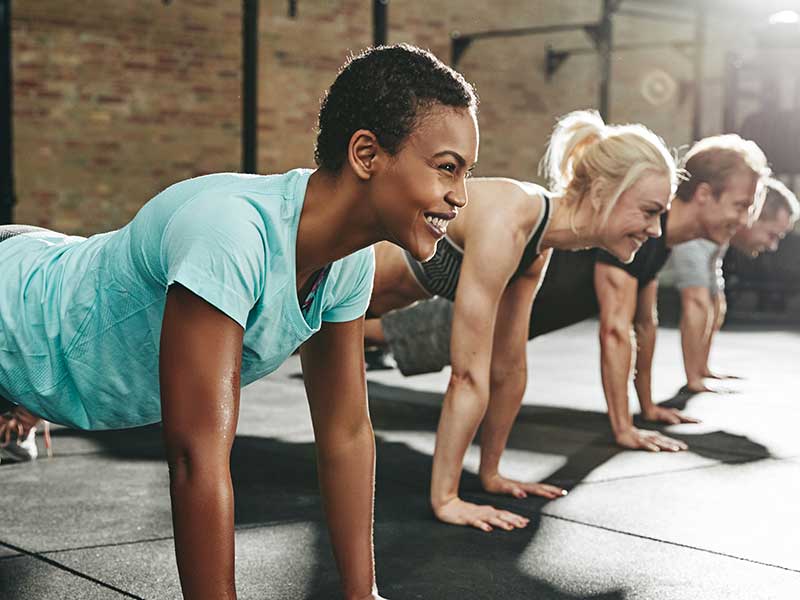 A recent study suggests that deficits in emotional reactivity, a core characteristic of depression, can be improved with a single bout of moderate-intensity physical exercise. The study was published in Mental Health and Physical Activity.

While rates of depression are alarmingly high, the current treatment options are limited. Study authors C.J. Brush and colleagues sought to investigate one treatment option that shows promise in improving depression — aerobic exercise.

In particular, the researchers wanted to explore the mechanism through which aerobic exercise exerts its diminishing effect on depression. They proposed that aerobic exercise targets anhedonia, a core feature of major depression. Anhedonia refers to the loss of pleasure in everyday activities that are normally gratifying and is thought to involve the processes of reward sensitivity and emotional reactivity. The researchers, therefore, aimed to investigate whether exercise would influence these two processes.

The participants were split into two groups and were either assigned 30 minutes of aerobic exercise on a stationary bicycle, or 30 minutes of seated rest. Immediately after the 30 minutes, subjects were fitted with electroencephalogram (EEG) equipment and then completed two tasks.

One of the tasks was a gambling task that involved a mix of rewards and losses. The other was a picture viewing task in which subjects were presented with a series of images on a screen that were either pleasant, neutral, or unpleasant. During the tasks, the EEGs tracked event-related potentials (ERPs) — changes in brain activity in response to specific events.

The researchers found that the two groups showed similar reward circuit activity, as demonstrated by reward positivity (RewP) amplitudes. However, the group who exercised showed significantly increased late positive potential (LPP) when viewing the pleasant images during the picture viewing task. The LPP is associated with prolonged attention to emotional stimuli, suggesting that those who exercised experienced a greater emotional reaction to the pleasant images than those who did not. These subjects also reported greater positive affect and arousal following the exercise when compared to those who engaged in seated rest.

As the authors say, these findings fall in line with theories suggesting that depression is defined by a lack of emotional engagement with one’s surroundings. The findings did reveal a link between the severity of participants’ depressive symptoms and a diminished LPP to pleasant pictures. As the researchers describe, “a single session of exercise may have the potential to modulate reactivity to positively-valenced components of the environment, which may help to normalize the blunted emotional reactivity to positive stimuli characteristic of depression.”

Interestingly, the effects of the exercise were not found to be moderated by depressive symptom severity, allowing the researchers to infer that exercise boosts the emotional reaction to pleasant content among all individuals, regardless of depressive symptoms.

The authors suggest that a future avenue of research would be to explore how long after exercise this emotional benefit lasts, given that the study did not measure this.